The concept will feature a rotating selection of Creole inspired dishes

“One of our taglines is ‘Where Cultures Collide,’”City Built CEO Ed Collazo said. “This is another opportunity to highlight a different culture whose cuisine we enjoy.”

After spending time eating his way across New Orleans and absorbing techniques, City Built head chef Kyle Murray returned eager to reinterpret what he’d tasted. Those ever wowed by a City Built taco can anticipate the same standard of perfection. Li Grand Zombi’s menu will focus on quality before quantity featuring just one item at a time that rotates on a weekly basis.

First up is the delectable house-made and house-smoked spicy andouille sausage served with red beans and rice. Accoutrements include house-made cornbread with a serrano-garlic honey butter and a side of fried okra.

Foodies can expect other Creole classics like jambalaya, gumbo, po boys and more. While the concept is certainly a pivot from City Built’s Puerto Rican fare, Collazo sees a throughline between the two cuisines.

“The story’s the same: you have a marginalized group of people that have made the most of what’s available to them. White rice and beans are pretty cheap but they spice it up to make something really simple really grand,” Collazo said.

Thursday through Saturday, Li Grand Zombi will be available for takeout and through Uber Eats, GrubHub and DoorDash. For those ordering in, it’s a way to experience what’s coming out of the City Built kitchen from the comfort of home. Those who make it down to Monroe Avenue can look forward to “Social Zones” with beer, a food cart, yard games and barrels to hang around—a pandemic proof party.

“We’re excited to take advantage of this opportunity to do something different and fun,” Collazo said.

Cities are where cultures collide. Ideas get remixed. Societal shifts start. Old traditions combine and become new trends. City Built Brewing Company strives to reflect that energy in their innovative beer recipes and methods, and in their Puerto Rican inspired food served in their downtown Grand Rapids taproom. Visit them and learn how they make the strange familiar, and the familiar fresh and bold. Follow on Facebook, Instagram, Twitter. 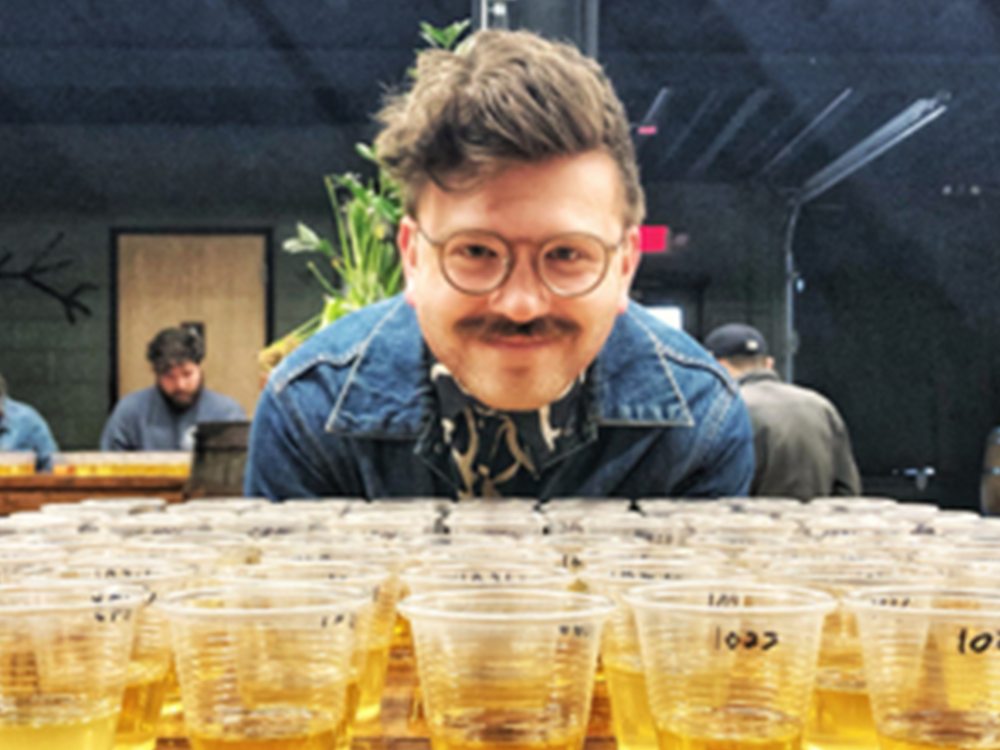