“You think about how you give your whole self to something. And this is it,” says Joe Short, looking around the new extension on the pub.

“It’s always surreal coming in the morning of the anniversary. This is the moment—the culmination of working so hard and so long. This is the tangible reality of all that. You can touch it.”

An hour before the gates opened to eager Short’s enthusiasts, Short’s staff were buzzing this way and that, setting up the magic that is the Short’s Anniversary Party. It has been 12 years, and although every year has its triumphs, this one definitely stands out.

We’re sitting in one of those triumphs as we speak. Since November, the Short’s team has been diligently working on a new taproom extension adjoining the original pub. It’s beautiful and warm, and fits right into the veteran brewing company’s aesthetic.

“We did it all in-house with our own team. Good ‘old fashioned do-it-yourself work.”

The doors opened just in time for the anniversary, adding “a whole new element to the party.”

Indeed, it boasts long, community-style tables,—both inside and outside—space for games, and most importantly, a fabulous new line of taps, including a few hook-ups for cask-conditioned pours.

“The first thing I’m going to do after I finish the state of the brewery address is take a pour off the cask conditioned pulls. We have two pale ales and a chocolate wheat.”

Before festivities began, various Short’s team members kept popping into the space, obviously working hard to make sure everything was ready to go, but also taking the time to high-five Joe and pat him on the shoulder—small, familiar gestures that spoke to the great team surrounding this brand.

All of these elements of creativity, care, enthusiasm, and family are why so many people wait in line every year for this anniversary. Well, that, and for the excellent brews, of course.

Once the gates were opened, a happy crowd filled the space and filled their cups. There were taps everywhere—two trucks on the street, all three bars open at the pub, and a special gourmet hutch marking the center.

The beer was a mix of familiar and new, with classic standbys like Local’s Light, Humalupalicious, and Soft Parade. The party also featured Starcut Ciders and numerous gourmet options. Tip Ta Tip, a collaboration brew with Funky Buddha (Miami, FL) was one highlight pour, tasting like a good old-fashioned with notes of barrel-aged orange and cherry. Going with the theme of Karate Kid, Sweep the Leg Johnny was a warm brown ale that had been conditioned in bourbon barrels, combining with flavors of plum, fig, and brown sugar.

On the cider side, Erraticus 2 offered more of a gin and tonic cocktail feel, a wild apple cider aged in gin barrels. And the best kept secret that day was the mixing of Starcut Ciders’ Squishy with the pub brew Melt My Brain—cherry-blended cider mixed with a gin and tonic beer? Yes, Please!

In honor of the anniversary, a new Private Stache bottle release was available for purchase as well. Named Compression, this is a collaboration brew with the band Vulfpeck, saluting their return to the Bellaire stage. Band members all asked for something a little different and “funky,” so Short’s brewers created an American Sour Ale made from four blended barrel aged beers.

A couple hours into the party, everyone full of quality brews and tasty eats, Short called the crowd to attention at center stage. It was time for the legendary state of the brewery address, given by Short himself.

“I’m trying for more concise this year. I kind of rambled on at the last one, for like 45 minutes. I’m pretty excited about this year’s, but also really nervous,” he stated, holding a guitar in one hand and a piece of paper in the other (a list of 10 awesome things from year 12).

The next 35 minutes were packed with amusing, surprising, and heart-warming things. Short praised his family, both at home and at work, and pronounced them his proudest achievements.

He then turned to every person in the crowd and spoke the words, “I’m calling you all out to be awesomer.”

Like the karate kid, he told us, Short’s emblazons the gusto and synergy needed to achieve great things. “It symbolizes my life and the life we’ve all created here.”

And then Joe Short stopped speaking and started singing instead.

With a mix of bandmates from The Crane Wives, The Go Rounds, and Vulfpeck, he sang about family, about his legacy, about the glory of Humalupalicious and the importance of hops—“Aroma! Flavor! To have beer without hops/we would all not be here!”

In a performance of “Shine On,” he and guest patron May Erlewine inspired each other to sing about a passion and drive that life takes to succeed. It showcased that while this business can be fun and freeing, it takes hard work and commitment.

Even on this anniversary day of celebration, Short is looking to the future. Half of the funds made at the event goes back into the Bellaire Downtown Development Authority. He has a “Joe Short Legacy Plan” involving building restoration, historic attractions, more parking, affordable housing, trailheads, and more community space.

“It takes one person to throw the seed, but a whole village to get it done. I guess I’m the seed,” Short states. “The seed to be awesomer.” 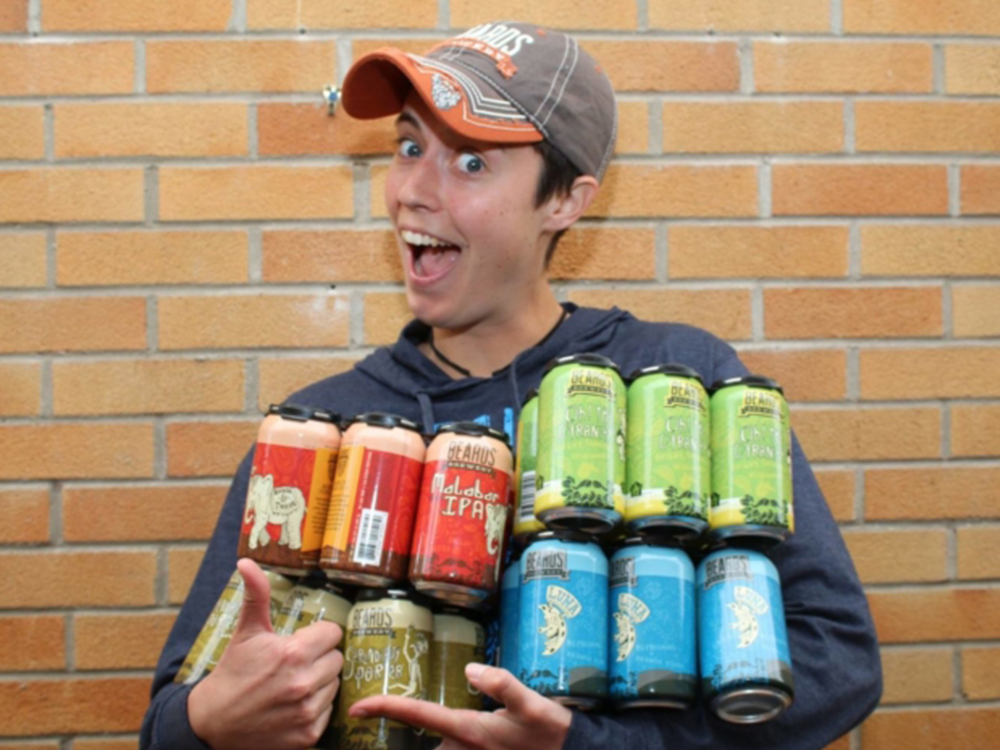